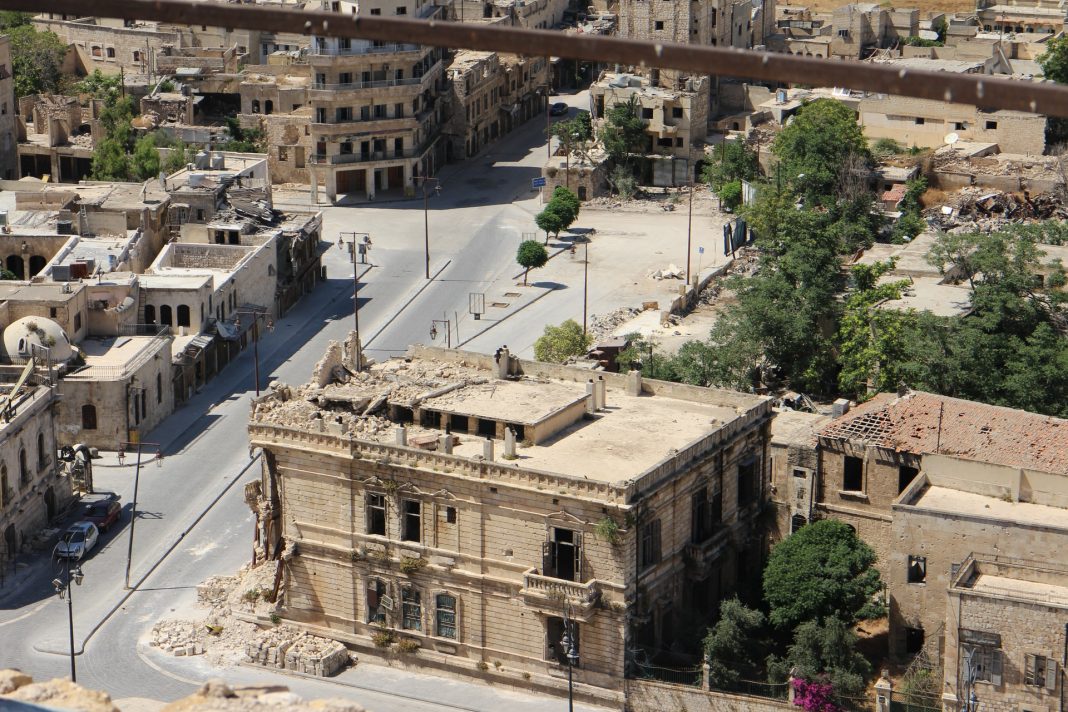 The Syrian President Bashar al-Assad won the elections with 95% of the votes last week. The Syrian Government sees this election as a sign that the country is functioning well, despite the ongoing war which has killed hundreds of thousands of people and has driven over 11 million people from their homes – which is about half the population. The win for Assad means that he gains seven more years in power. Assad’s future years as president will be defined by the war that started in 2011 and the economic decline that comes with it. I spoke with a Syrian family, Ali, Alaa and Nura (not their real names as they are scared of the consequences when talking about al-Assad and his regime), living in The Netherlands since 2018, about the results of the election and Assad’s regime.

The big win did not come as a surprise for Syria, nor for the world. The presidential win lengthens the family’s rule to almost six decades. Hafez al-Assad, Bashar al-Assad’s father, was in power for 30 years, until his death in 2000. Since then, Bashar has ruled the country.

What is the difference between the regime of Hafez al-Assad and Bashar al-Assad?

Alaa: The regime has been the same all along; oppression and fear have been part of Syria for a long time. The only big change between the father and son is that under Bashar Syria gained access to social media.

Ali: Another difference between the two regimes is that under Hafez the contacts with other countries from the Middle-East were good. Under Bashar, these contacts have worsened.

The elections of last week were considered as very controversial as the Assad regime introduced rules that made it practically impossible for the opposition to seriously compete for the election victory. Several countries have labeled the elections as “neither free nor fair”. This is contradicted by Assad who claims his country is a democracy and he is simply the most popular. The Syrian population is however still voting for Bashar and his regime, even though they know that their country is not a real democracy.

Why are people still voting for Bashar and his regime?

Alaa: people still vote for Bashar because of two main reasons. Firstly because governmental institutions check whether they vote for him. If that is not the case, you will simply just ‘’disappear’’. The civil population basically does not have a choice. Fear plays a big role. Secondly, the war has changed people. The Syrian people believe that Bashar is the ‘’better’’ option. They are afraid that when Bashar will not be in power, a radical group, such as ISIS, will take it over. This idea is frightening to them.

In what way did Assad make it hard for the opposition to participate in the elections?

Alaa: In Syria, you have to receive 35 seats out of the 230 seats available in the parliament in order to be the opposition. Bashar has 150 seats. It is practically impossible to receive a seat in the parliament, as the civil population is not aware of other candidates. They have seen Bashar win every single election and they do not see that changing anywhere in the near future.
Nura: Moreover, people are scared to participate as a candidate in elections. They are scared of being intimidated, tortured or even killed if they want to challenge Bashar during the elections. That is why usually only one or two other candidates are willing to challenge Bashar.

Syria has been at war since 2011, which began with a civil uprising against dictatorial Assad during the Arab Spring and has escalated into a devastating proxy war. Millions of Syrians have fled the country in recent years. The war that began in 2011 fractured not only the whole Middle-East, but also Syria itself. The many conflicts in the Middle Eastern country have drawn in foreign friends and enemies, such as Russia and Iran, but also Turkey and the United States of America (USA). Assad regained control over 70% of Syrian territory with the help of Russia and Iran. However, Syria is not at peace.

Syria is still being controlled by other actors. Turkey is in possession of territory in the northwest as millions of Syrians fled to this region to find protection from Ankara. The USA is still present in the northeast, as well as other actors, such as Kurdish forces, because of the presence of oilfields.

Do you consider Syria being at peace?

Alaa: It is true that Bashar has control over 70% of Syrian territory, but that does not mean that it is safe. People tend to forget that this president gassed his own people. Moreover, in the places where different people are living, with different backgrounds and religions, it is very dangerous. I would say it is only safe for the people who are voting for Bashar, support his regime and have the same religion as he has.

Ali: Besides this, Bashar does not really control the country. Syria is like a geopolitical cake: friends and enemies want to have a piece of it. We have Russia, a friend, a powerful country which controls most of Syria and which helped survive Bashar’s regime in 2014. We also have Turkey, an enemy, which controls northern Syria.

The biggest challenge for Assad however will be the economic decline as sanctions coming from the USA are tightening and the financial collapse in Lebanon is hitting Syria hard. Syrian allies Russia and Iran cannot provide enough relief, which means prospects for recovery remain bleak. Assad’s Syria has been largely destroyed by war and should expect little support from the West. Politically and economically, the situation in Syria is deadlocked, but on a humanitarian level it is a catastrophe.

Do you believe the economy in Syria will be able to revive?

Ali: Economy is a big challenge for Syria as the country does not have strong and good relationships with other countries from the Middle-East: they do not support Bashar and they do not want to take part in rebuilding Syria and its economy. This makes it extremely hard for Bashar to revive the economy.

Alaa: I believe that Syria’s economy can change fast, for the worse and for the better. It all depends on the economic and humanitarian wars which are being fought. If these wars stop, contacts with other countries such as Qatar and Saudi Arabia can be established.

Nura: The economy will not develop if big global powers, such as the USA and the EU, do not ‘’forgive’’ Syria. The only way Syria can be forgiven, is when Bashar leaves politics, which is very unlikely.

In the short term, elections in autocratic countries are remarkably often accompanied by instability, Norwegian researchers concluded in 2016 in the journal World Politics. They looked at the effects of 389 elections in 259 dictatorships and noticed those dictatorial regimes fell relatively often during an election year. But, according to the researchers, it seems that elections can actually keep dictators more firmly in the saddle in the long term. Although hundreds of thousands of people were killed and 11 million people were displaced, Assad is ruling the country with pride. In the future, there might only be a territory left to rule over.

Photo by aladdin hammami on Unsplash

Interview with Hans Moison of The Surinamese Bank: Pe a moni de? Where did the money go?

Interview with Zohair El Yassini: ‘We are talking about a women’s quota, because that’s just easy.’