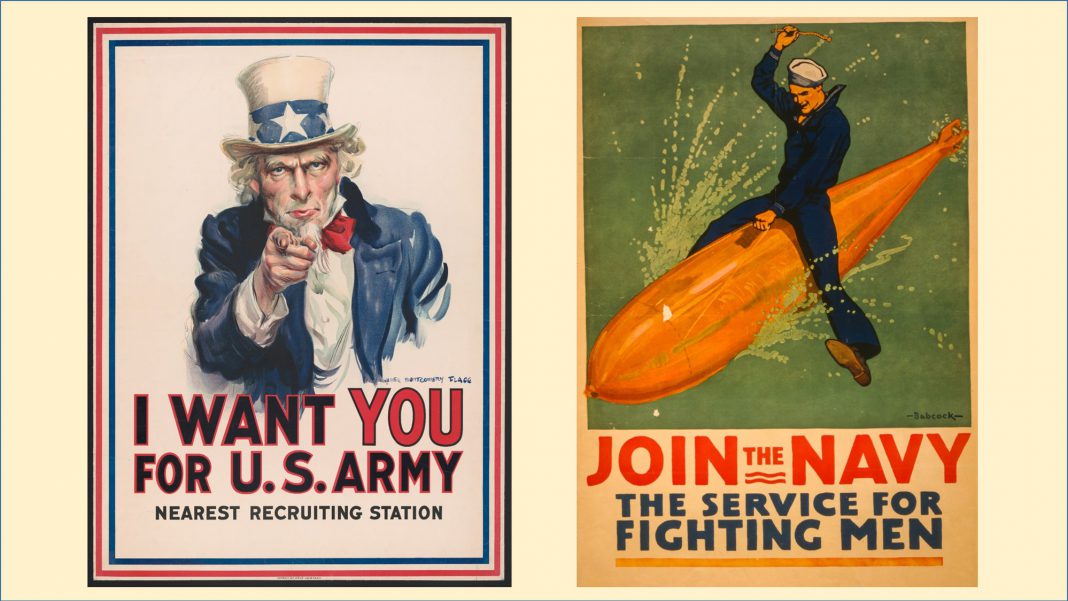 Arno Breker once said that his sculptures had “nothing to do with politics… for good art is above politics”. This German artist, oftentimes referred to as “Hitler’s favourite sculptor”, couldn’t be more wrong. Art and politics will always be intertwined; art is a powerful messaging tool that can be used for a range of purposes from swaying domestic opinion to encouraging a populace to wage war. As Picasso observed, “it’s an offensive and defensive weapon against the enemy”.

Since the rise of the earliest civilisations, visual art has been used by rulers as a tool of persuasion and control. Even a widely-known Code of Hammurabi contains a depiction of the king receiving the code directly from a god, instantly legitimising his power and the laws he enforced. Four enormous statues representing Ramses II are guarding the entrance of the sacred Abu Simbel, portraying the might of the pharaoh as the mediator between the gods and the Earth. Virtually any period you pick, until maybe just a few hundred years ago, monarchs and persons of influence commissioned artists to depict them as close to the god (or gods) as possible. Sometimes drawing on holy books or even mythology, they chose stories and passages that would depict the image or message they wanted to convey to their intended audience – oftentimes images of nobility or humility. Diego Velázquez painted The Surrender of Breda not only to promote Spain’s military prowess but also to emphasize the humane way in which the commander is said to have treated the losing side. Amongst other personifications, Napoleon Bonaparte was sculpted as Mars the Peacemaker and painted as a determined commander with very clear references to Charlemagne and Hannibal, who also led their armies across the Alps. Further, one cannot think about this topic without mentioning the hardly-disputable impact of Picasso’s Guernica and its powerful, soul-stirring anti-war message.

Technological innovations have enabled art as a political messaging tool to take other forms. Arguments can be made that World War I was the first war in which art propaganda and mass media played significant roles, encouraging civilians to support their governments. While the debate continues to this day over whether or not this constituted actual art, one cannot dispute the fact that these images, which could be reprinted and widely disseminated, carried strong political messages that had profound effects on how the war was viewed and fought. Who hasn’t seen the poster of Uncle Sam, an iconic symbol in the US, sternly pointing his finger at the American public to enlist their support for the war effort?

By the time World War II broke out, propaganda poster art on all sides of the conflict had evolved considerably, becoming even more politically refined. Regardless of which national government, there were some common factors. Primarily, they seemed focused on evoking emotional reactions and, relatedly, many of them were just blatantly racist. This further reinforced the message that the enemy was different, less human, which in turn legitimised violence so that soldiers could overcome the psychological barriers of killing their foes. The Allies, for example, depicted the Japanese with grotesque faces, with narrow, barely-existing eyes behind glasses and teeth much too large, sometimes sharpened in a way to resemble those of a vampire. Hitler got a similar treatment, usually depicted either in a demonic way or as someone to be mocked. Jews were painted as threatening, vile old men. In Poland, posters spread the fear that Jews carried lice and typhus, while in Serbia they accused Jews of conspiring to achieve world domination.

Interestingly, the art propaganda of this period also heavily focused on women. They were deemed a crucial component to sustaining the war effort. Posters promoted images of a gentle, kind mother breastfeeding her child in the middle of a countryside, encouraging German women to have large families. Additionally, artists tailored their works to urge women to deploy in factories and farms or to stay at home canning their own food. To that end, the women would either be innocently staring out from the poster, wearing pink aprons, or they would be posing with tools in their overly muscular arms, their bodies barely distinguishable from that of men. Women were even exploited in a way that promoted the idea that the enemy was less human than an ally. In one particular poster, monster-like hands of an Axis soldier were trying to grab a blond, red-cheeked mother carrying a baby in her arms. The propaganda of this time wasn’t only limited to posters; many paintings and statues were created to commemorate and promote important leaders, while denigrating the previous ones who might’ve fallen out of favour.

Over the last twenty years or so, there has been a further evolution in the realm of propaganda art. While it was a powerful medium for political messaging through World War II, it has since been largely replaced with new propaganda tools. The advent of the internet has led to near-universal access of the world’s population to terabytes of online data. Political ideologies, beliefs and sentiments aren’t distributed by oil paintings or posters anymore, they are circulated via posts – and memes. Upon close examination of them, however, one quickly recognises that they bear a striking resemblance to the propaganda posters of over half a century ago.

An emotionally charged picture with a short description doesn’t take much intellectual competence neither from the creator nor the viewer to get a message across. While many of these posts and memes are created by individuals who happen to be concerned with politics, one cannot forget that certain governments may also be behind their creation. Many governments have the power and will to either restrict access to the internet or even create the content that they want to promote. A great example is the Internet Research Agency (IRA), an officially sanctioned Russian troll farm well-known for interference in the 2016 US presidential elections. According to various Western governments, the IRA’s sole purpose is to influence voting outcomes all over the world to bring them in line with Russia’s foreign policy interests. It accomplishes its mission by distributing political messages in the form of memes and posts on disputed issues most likely to sow discord and confusion among a targeted voting population.

What once constituted hours, even years to create art propaganda, can now be accomplished with a few simple strokes on a smartphone. Anyone can now create posts – whether that serves for rallying people to vote in the next elections, or protest against climate change. Or, as we’ve seen recently on the Twitter post of Dinesh D’Souza, a US conservative commentator – to compare Greta Thunberg to a girl from a Nazi propaganda art piece because that nicely fits your political agenda. But, as Arno Breker said, art has nothing to do with politics…right?