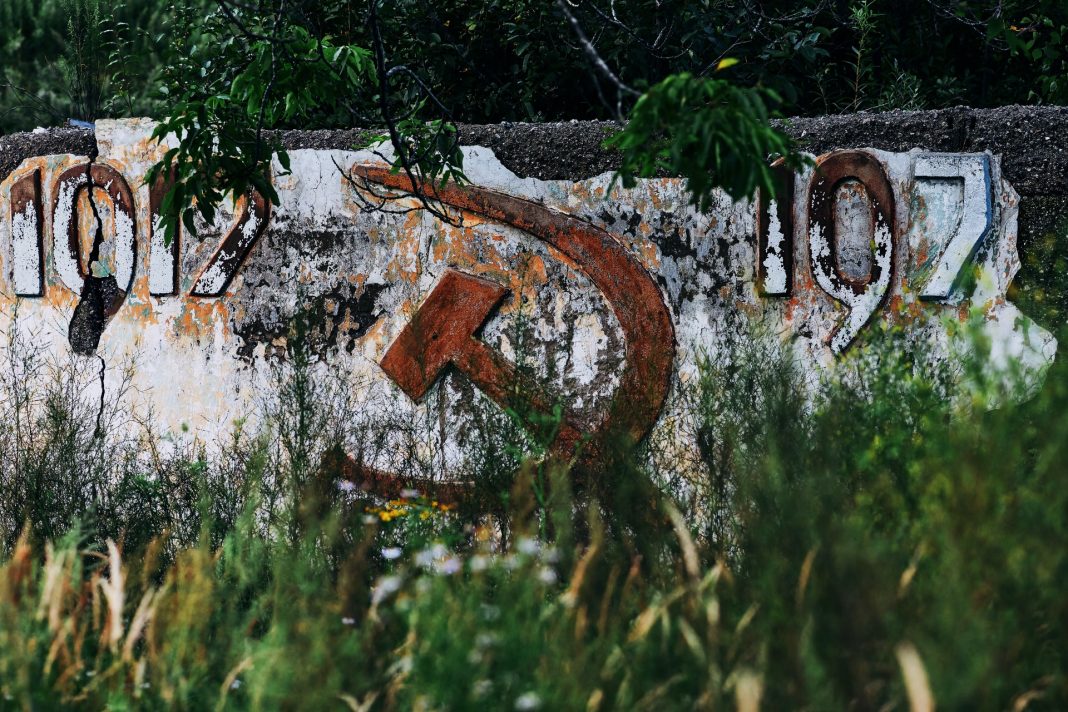 In 2008, Russia invaded Georgia and established direct relations with the separatist regions of Abkhazia and South Ossetia. In 2014, following the Revolution of Dignity and Euromaidan, Russia annexed the Ukrainian region of Crimea and provided military support to the Russian-backed separatist regions in Donbas, which escalated into a full-fledged war. In 2020-2021, Belarus experienced a series of protests against Putin’s ally and their dictatorial leader, Lukashenko. Aside from the 2011-2013 Snow Revolution, Russia also experienced anti-regime protests in 2021, after opposition leader Alexei Navalny was poisoned and later sentenced to prison. And now, with the beginning of 2022, Kazakhstan – marked by long standing stability due to its authoritarian style of rule – is experiencing its biggest protests since its independence in 1991.

The protests in Kazakhstan were sparked by rising prices of liquified petroleum gas but became to represent much more. Corruption, restrained political choices, lack of civil freedom and poor quality of life have ultimately unravelled into an uncontrollable insurgence against the Kazakh government. Tokayev, the country’s current president, handpicked by ex-president and Russian loyalist, Nazarbayev, announced a state of emergency and called upon Russia’s military to restore order. Now, Russian “peacemakers” are marching in the streets of Almaty, painting the insurrection a result of “terrorism”.

It seems that every uprising in each of these post-Soviet countries sound awfully similar – all stemming from corruption, political instability, and stark inequality – a Soviet curse of some sort. Russia tends to upkeep these non-democratic regimes by providing its leaders with economic and political support because it cannot allow their citizens to overthrow their leaders. Doing so would provide an unwanted example for his own citizens, and Putin does not intend stepping down any time soon, as it would mean a huge win for the neo-liberal mission of democratisation.

Despite the fall of the Soviet Union and the establishment of independence of many of its republics, Russia has not lost its grip on their political affairs, and for a reason. In order to maintain outside political support for its own authoritarian regime, Russia has maintained and supported authoritarian leaders elsewhere. In instances where its subordinates showed interest in democratisation, seen as a move towards an alliance with the West, Russia would use its coercive power and intervene, either politically, by meddling with elections and engaging in propaganda campaigns, or, if that did not seem to work, by force.

In Georgia, the Rose Revolution of 2003 marked the end Soviet era rule, and the country was starting to move toward a more democratic future. Pro-democratic Saakashvili was elected president. Saakashvili had been criticised for corruption and authoritarian tendencies in his first term, however, in his second term, things took a turn. The economic situation improved significantly and more importantly, his foreign policy agenda was characterised by pro-NATO and pro-Western politics. Because of what looked like a promising success story, Georgia caught international attention, particularly from the United States. Kremlin took this as a major security threat. The consolidation of strong and transparent democratic institutions represented a clear contrast to Russia’s authoritarian system, providing a clear example of other states to follow suit.

Georgia’s growing relations with NATO did not sit well with the Kremlin, and in the summer of 2008, Russian troops had illicitly crossed the Georgian boarder into two of its separatist regions – South Ossetia and Abkhazia. Russia justified this by accusing Georgia of aggression against South Ossetia by wanting to join NATO. On August 12, a ceasefire agreement was drafted as withdrawal of Russia forces to their lines of deployment part of it. Yet, Russia failed to uphold its end of the bargain, and on 28th of August, recognized the separatist regions as independent from Georgia. Russia was also responsible for the ethnic cleansing of Georgians, forcibly displacing 20,000 Georgians from South Ossetia. Only in October of 2008, did Russia remove its forces, but by then it was too late. In 2021, the European Court of Human Rights ruled that Russia continues to have “effective control” over Abkhazia and South Ossetia.

Like Georgia, to understand the annexation of Crimea and invasion of Donbas in Ukraine, one must look back at the Revolution of Dignity. Ukraine, like many other post-Soviet countries, gained its independence in the 1990s. However, independence did not mean an escape from Russian rule. Both countries continued to retain very close ties for decades, until 2004, when populist leader Yushchenko was elected over Russian ally Yanukovych. Ukraine was also starting to increase its cooperation with NATO. Given what we know about Georgia, these events did not sit well with the Kremlin.

Fortunately for the Kremlin, in 2010, pro-Russian leader Yanukovych took over the presidency, and while he was at it, renewed the lease of naval facilities in Crimea, which, were due to expire by 2017. Many viewed this extension as unconstitutional. It allowed Russian troops and the navy to continue being stationed there. To make matters worse for the Ukrainian people, Yanukovych refused to sign a political and free trade association agreement with the European Union, a treaty he had earlier approved of, leading to the 2013 Euromaidan protests demanding him to step down as president.

The Euromaidan protests turned violent when Yanukovych accused his impeachment vote of being illegal and coerced, asking for the Russian Federation to step in. Just as in Georgia, Russia saw the pro-European alignment as a threat to its own authoritarian regime and did everything in its power to retain Ukraine under its sphere of influence. As the anti and pro revolution protests escalated in eastern and southern regions of Ukraine, Russia intervened militarily. In February of 2014, Russian forces without insignias took control over Crimea. Following the annexation, an armed conflict had also escalated between the Russian-backed separatist forces in Donbas and the Ukrainian government.

Prior and during its annexation of Crimea and intervention in Donbas, Russia also lead a massive disinformation campaign to justify its intervention. Russian media used misleading images, false narratives, suppression of information and fabricated news stories in order to psychologically condition violence into the viewer. They fabricated one child’s crucifixion and another child’s shelling by using images from previous wars, sparking anger within the Russian community. Euromaidan was painted as an ultra-nationalist, anti-Semitic movement and anti-Russian movement, and the Revolution of Dignity as a coup d’état controlled by the West. Moreover, it supervised a highly disputed referendum in Crimea, that resulted in over 90% vote for integration, despite the choices on the ballot being criticized as unclear. Russia manufactured its own threats, justifying the occupation as protecting the Russian population in Ukraine.

Next to revolt against political repression, electoral fraud and poor economic conditions were the people of Belarus. 2020-2021 saw a series of anti-government protests. Similar to the recent protests in Kazakhstan, it was the largest uprising since Belarus’ independence, and just like in other countries engulfed into Russia’s sphere of influence, Lukashenko and Putin saw them as a threat to their legitimacy.

Lukashenko has been in power since 1994, dubbed as Europe’s “last dictator”. It comes as no surprise that the protests intensified after 2020’s election results came out, in which Lukashenko was declared winner. On the election day, roads towards Belarus’ capital, Minsk, were blocked off by police, and the internet was partially blocked. Similar to the Euromaidan protests, peaceful protests escalated into aggressive clashes with state police. Protesters and journalists faced violent persecution by the authorities. Businessman and blogger Tikhanovsky, which nicknamed the protests as the “anti cock-roach revolution”, was detained and formally accused of being a foreign agent.

Once again, opposition protests were painted as part of a larger plot orchestrated by the West. During a meeting with the country’s economic bloc, Lukashenko stated that BBC and Radio Free Liberty had encouraged the protests to occur. Just like Ukraine’s Yanukovych, Lukashenko dubbed the protests as a “coup attempt”. But unlike in Georgia or Ukraine, Lukashenko managed to repress the protests.

Lastly, and most recently, Kazakhstan has seen its own anti-government protests. The trends found in all the other uprisings spoken of in this article seems to be present here too. Protests were sparked by economic grievances, mishandling of the pandemic and ultimately the absence of a democratic process.

The response to these protests has been the same – state violence and disinformation campaigns. Dozens of protesters have been killed and the situation has been blamed on highly skilled and organised “terrorists”. The Kremlin said that Kazakhstan can independently solve its domestic problems yet responded to Tokayev’s request of military assistance. After all, Putin cannot have its authoritarian security ally be overthrown. Not to mention, Russia’s Baikonur Cosmodrome, its sole site for launching crewed missions is situation there. It makes you wonder whether, like with the naval bases in Crimea, Putin will use the Cosmodrome as an one of the excuses to justify persistent military presence. Only time will tell.

Photo by: Tengyart on Unsplash