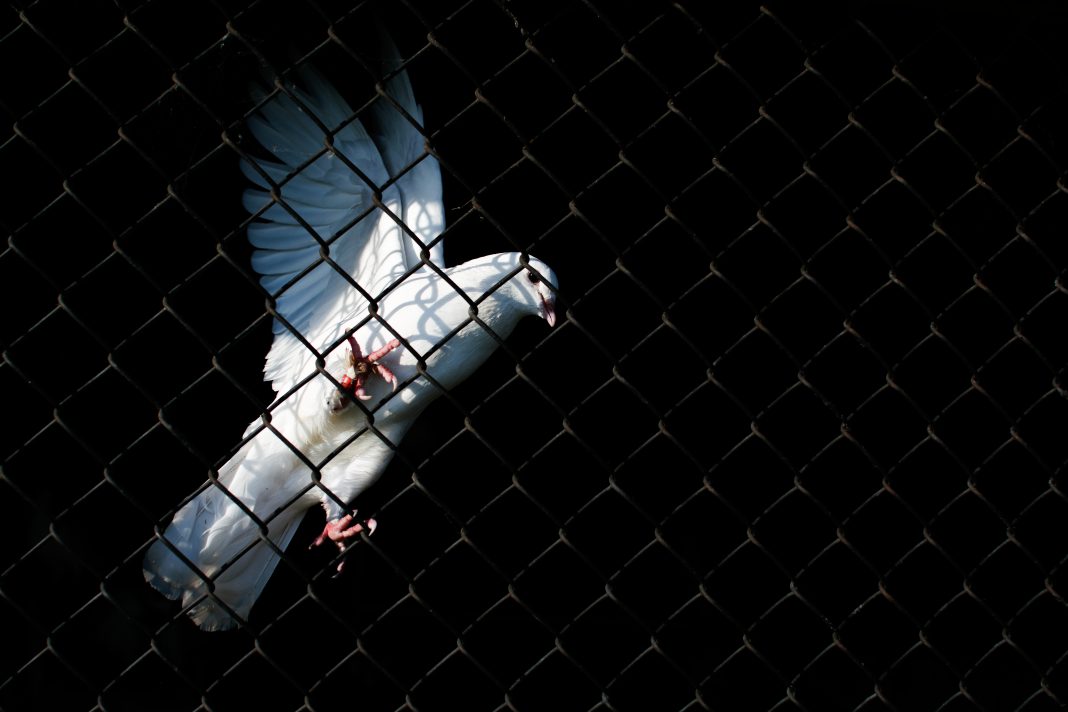 Today it’s exactly 75 years ago since the German armed forces in the Netherlands unconditionally surrendered, and the Dutch were officially liberated. This meant the end of the Second World War in The Netherlands, the start of 75 years of freedom but not necessarily 75 years of peace. After the end of WWII, the world has still seen too many other conflicts and The Netherlands has been involved in quite some of them. But since the so-called police actions in the Dutch East Indies ended, all those conflicts have been aimed at peace, freedom and security. The horrors of WWII seemed to have opened our eyes and made us realise that freedom is invaluable. But do we still know this, or are we too heading in the wrong way again? Is our freedom once again at risk?

Us Dutch are lucky to have been free for 75 years already. After the Allies had freed Europe of the German occupation, they did the exact same thing as the Germans did before them: occupy and force a system upon others. Germany itself has only been free for 30 years if you really look at it. And in the same way loads of other people around the world are still not free, as they are being dominated by another country, or by another people within their country. Sometimes there can even be inequality between different groups, within the same people. But of course everyone already knows that. Somewhere, far away, there are still people facing the same problems as we were facing all those years ago.

Whether we should help those people or not may be a discussion for some other time. On one hand one could say our own experiences taught us that not every country, not every people can secure their own freedom. The Netherlands may have officially been one of the victors at the end of WWII, but to say we won the war would be overly optimistic. On the other hand one could also say the West should not militarily intervene around the world and force their ideals (like freedom and equality, when you think of it) upon everyone. That may be an easy way out, but to most Dutch all those who are still not free seem quite far away, and it is just easier not to think about their problems.

Whatever one’s opinion about that, we have started to consider freedom as something natural, something we now have and so can’t lose anymore. What country would possibly attack us? Who would still dare to try and dominate us? To everyone that is now nodding their heads, thinking ‘yes exactly, it really is highly unlikely that we will find ourselves at war with a country that tries to conquer us’, I would like to ask the following question: is the threat to our freedom really only external? After all, the Germans had already lost their freedom in 1933, long before the war, when one of their own started suppressing the people. There was no external suppression, not even a threat. Those who were just nodding their heads are now probably thinking ‘that could be, but the Dutch would never tolerate a dictator’. To them I would ask the next question as well: then why would other countries accept the transition from democracy to dictatorship? Why were the Germans en masse willing to sacrifice their liberties by accepting Hitler? Why do the Hungarians let Orbán go about his business? Why are more and more democracies around the world starting to crumble and become less free, without people trying to do much about it?

One answer could be that all those countries don’t share the same tradition of freedom and democracy, that Germans and Hungarians are simply less averse of authority. There could be some truth in that, but a more convincing answer is: because, for whatever reason, people in those countries believe they are better off without freedom, but with what it is the dictator can offer. That is the root of the issue. Why do people believe they are better off with the aforementioned dictator? What could this dictator possibly offer that is worth so much people are willing to give up their freedom? For that we need to look at countries that have given up their democracy and their freedom. And almost all those cases have a clear similarity: the people felt threatened, were scared and had faith in their leader’s capability to guarantee their safety. Safety and survival are more important than freedom for most people. In a war or crisis situation, even the Dutch will accept that the government needs more power to be able to properly counter the threat.

Hitler made the Jews and communists enemies of the German people and a threat to its security. He promoted fear and disunity between different parts of the people to tighten his grip and strengthen the unity among the “real” Germans. Lenin portrayed capitalism as a threat to the Russian people. There was some resistance, but it was insufficient and too poorly organised to prevent these men from rising to power. Too many people believed they needed these strong leaders to defeat all the threats they were facing. History teaches us one thing very clearly: this much hate and fear will inevitably lead to violence, hurt and grief. The Second World War is probably the climax of this.

One would hope the world will never have to witness that much misery again. But even here in The Netherlands, free for 75 years, hatred towards and fear of certain groups is rising again. There are politicians that preach inequality, promote fear and identify threats to the Dutch people. Gays, Muslims, people from Morocco, Turkey or the Middle-East supposedly don’t have a place in Dutch society. They would be the cause of a lot of violence and pose a threat to our Dutch culture. Just like the Jews in Hitler’s Third Reich, or the capitalists in the Soviet-Union. Just like then it starts small, with just a few people spreading these hateful messages. But also just like then, their numbers start to grow. No one seems shocked anymore when a politicians calls for less Moroccans in The Netherlands, or that the Islam should be outlawed. Even anti-Semitism in The Netherlands is rising again. Freedom of expression, so these politicians can simply say so.

Such rhetoric can only lead to one thing: hatred, fear, intolerance and eventually, violence and all of those are mutually exclusive with freedom. They would cost the Jews, Muslims and the Dutch with a migration background their freedom and they would also pose a threat to the freedom of the rest of Dutch civilians. After all, that fear can motivate them to give up their freedom in order to defeat the threats to the people and its culture, just like the Germans did in 1933. If the Dutch are scared enough of other people, they will eventually accept a dictator who provides a solution. After 75 years of freedom, people don’t seem to realise this anymore. But if we don’t start resisting those who want to suppress others very soon, our freedom won’t last for another 75 years. The real threat doesn’t come from other people or from other groups in society, it comes from fear, hatred and intolerance. And that has already become a real threat to us now.