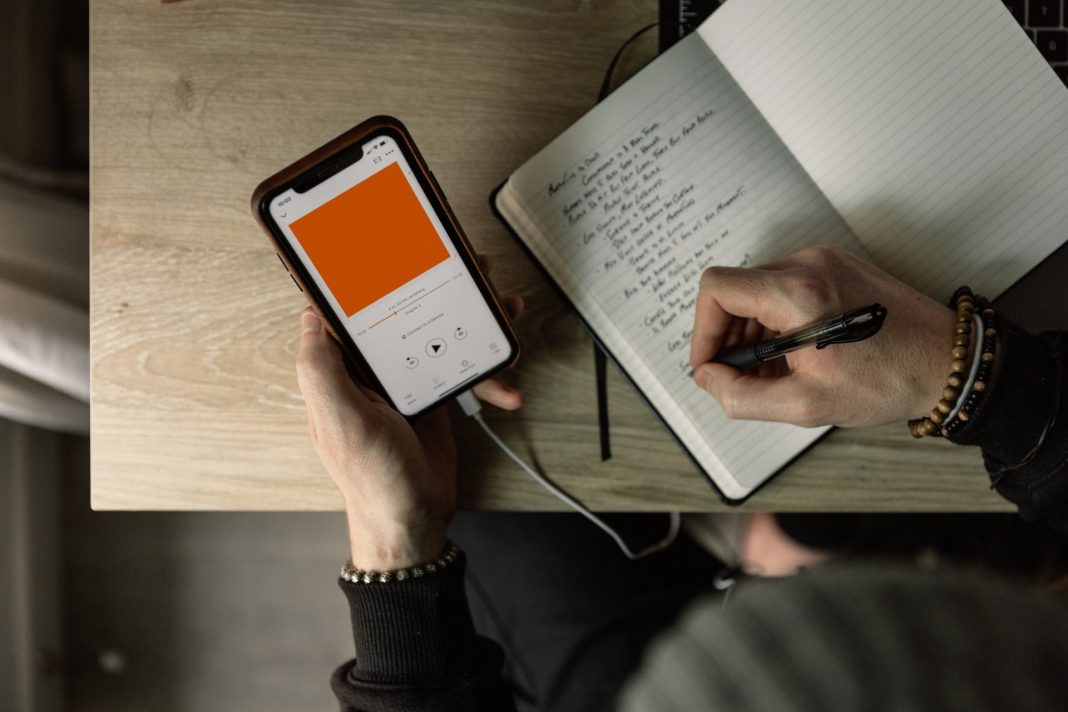 The coronavirus has been part of our lives for over a year now. Fortunately, we can now cautiously state that there is light at the end of the tunnel. Vaccination is finally starting to pick up the pace and if all goes well – no troubling mutations or disappointing vaccines – we can return to the ‘old normal’ by the end of summer. For the time being we will recommend you five political podcasts to make the corona walks just a bit more bearable.

In the weekly podcast ‘Talking Politics’ political scientists David Runciman and Helen Thompson try to make sense of the tubulous political times we live in. Usually, in the presence of an expert in some field or another, they talk about topics like Brexit, the Coronavirus, important elections or climate change. That way they manage to provide much-needed context to salient political, economic and philosophical debates. Apart from their main podcast, there is also a spin-off series in which Runciman tackles ‘the history of ideas’. In every episode, he deals with an important thinker who has shaped the way we think about politics. By listening to the spin-off in combination with the main show you will be able to understand our complex world just a bit more.

In this podcast, political scientist Tarik Abou-Chadi talks to other prominent political scientists about their academic work. He focuses on research that analyses the structural trends in European politics of the last 20 years. Listening to this podcast provides you with much needed academic knowledge to understand crucial concepts central to political debates across the globe. Examples of topics discussed are populism, Euroscepticism and democratic decline. Because of its ‘scientific’ character, this podcast might not be the most accessible or energetic on the list, but it is definitely among the most informative.

In this fast-paced podcast Director of the European Council on Foreign Relations (ECFR) Mark Leonard talks about the events, policies and ideas that will shape the world. It features prominent speakers from all across the globe to discuss Europe’s role in international politics. For sure the podcasts most focused on geopolitics on the list, it provides much-needed context to a quickly changing global political order. All the while Leonard makes sure to keep the ever complex talks enjoyable with his typical British enthusiasm. No wonder that the show managed to win the award for “Best podcasts on EU politics” by Policylab in 2019. Definitely worth a listen for whomever interested in international relations.

There is so much to talk about regarding the United Kingdom and its position in the post-Brexit political world. This show does exactly that. In a series of short interviews journalist, Ben Judah tries to make sense of UK politics. He talks to political scientists about the UK’s foreign policy, with politicians about the consequences of Brexit, and with economists about Britain’s place in economic history. Not only gives Judah a view of Britain’s fluctuating self-image in an ever-changing world, but he also makes sure to talk to experts about how other regions of the world differed their view on the UK following the post-Brexit era. That way Judah provides the listener with a complete and unbiased analysis of one of the leading players in international politics.

Already in its fifth season, Slow Burn is certainly among the most well-produced story-telling podcasts out there. Together with old audio clips and well-composed music, reporter Noreen Malone tells the story of some of the most intriguing political events in modern history. Season one and two covers the impeachments of Richard Nixon and Bill Clinton. The complete trajectory from first suspicions towards final impeachment votes is illustrated thrillingly. In the current season, Malone explores the catastrophe of the Iraq war. The people and ideas that managed to propel the US into the war are talked about, together with the institutions that failed to stop it. Only in its second episode, it is already clear that this series, again, will be a blast for all listeners.