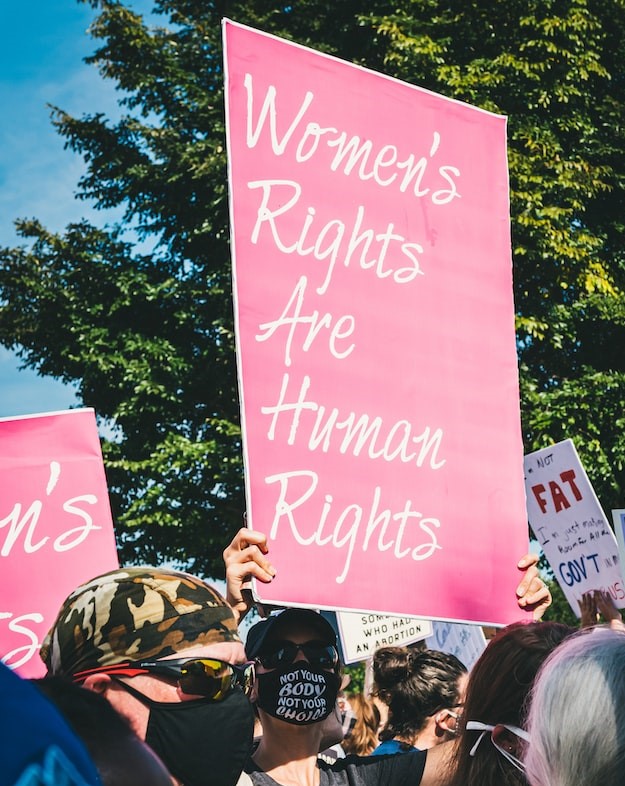 The untold fight for the right to bodily autonomy

The winner of the Palme d’Or award, “4 Months, 3 Weeks and 2 Days” is a cinematographic masterpiece that touches upon timeless societal quandaries, evoking deep, long-lasting and mentality-changing emotions. A narrative about class, ignorance and privilege, about gross superficiality and hidden sides of life, it shows the tedious ramifications of a story of no-alternative.

Set in 1987’s Bucharest, this movie is about 2 friends and college dorm mates, Gabi – seeking an abortion – and Otilia. Since 1966, abortion had been criminalised by the Communist Party, with both the mother and the individuals performing or facilitating the abortion risking a minimum of 5-years in prison.

While the entire picture is gut-wrenching, there are some scenes so brilliantly heartbreaking, that their impact on the onlooker transcends the limiting borders of emotions normally conveyed by fiction. Viewing this film from a position of disinterest becomes impossible: from the very beginning to the very end, you are not a watcher but a silent witness of harrowing struggles. The looming feeling of complicity – conveyed by the fact that many of the attitudes and events are implicit – bestows upon you a transformative experience.

The opening paints a very clear image of the girls’ innocence and youth – a picture which will be violently shattered by the end of the story; while preparing for Gabi’s abortion, their concerns are still comprised of midterms, insensitive teachers and meeting a partner’s family.

Tragedy accaparates the storyline when the two girls meet with the man who was supposed to perform the abortion. Gabi’s blameless naivety is yet again put under the spotlight by her trusting nature and incapacity to comprehend the cost of the deal she closed with this man: the money saved by her and Otilia becomes of no use, because the only way this abhorrent, sinister individual would help Gabi is if both girls have sex with him. The wretchedness and absurdity of being stripped of their bodily autonomy for the sake of protecting bodily autonomy reveals the painful reality of an unavoidable faith.

After the abortion is performed, Otilia finds herself obligated to return to a world that knows nothing of her suffering. Having promised her boyfriend that she would join his mother’s birthday dinner, she finds herself pulled back into the sphere of mundanity, where the traumatic events she endured clash with the banality of the conversations she is now forced to partake in. Privileged adults talk about how children should get accustomed to hardships from a young age; she is scolded for smoking and has to listen to rants about how her generation is spoiled, entitled and disrespectful. Otilia – a young woman who gave up her right to self-determination in the name of compassion and friendship – is being treated as a child with no understanding of sacrifice.

Given that the dinning table scene is filmed from the perspective of the person sitting across from Otilia, the watcher is, yet again, deeply engaged in the story – willing but unable to defend her and her truth.

Every character is a symbol, an exponent of a certain typology. Otilia becomes the representation of selflessness and strength, coerced by a malevolent society into dealing with insurmountable tasks in order to defend her friend’s well-being. Gabi – naive and vulnerable – represents all those for whom freedom and dignity became an unattainable reality under the authoritarian rule of the Communist Party. The people they meet, who know nothing of their story, are manifestations of ignorance and entitlement. Lastly, the man that performed the abortion is the embodyment of the contemptible holders of power and privilege, who mercilessly prey on the helpless.

This movie’s veracity rests upon the fact that it has no happy ending. The oath to never speak of what happened, followed by the abrupt cut, is meant to remind the viewer that this isn’t just another piece of fiction, where good prevails over evil.

In the end, there is nothing left to be fixed, to be made right. There is no reward for the sacrifices. No retribution for the villains. No justice. Prompted by the reality of a despicable, loathsome society, this movie is an undeniable testimony of the monumental despair and inescapable misery of a world that fails to protect a woman’s dignity. Irrespective of your identity, this film narrows experiential gaps and stifles individual biases. It is guaranteed to make you outraged by its villains and feel compassionate towards its heroes. Therefore, it fulfils more than its duty as a piece of art. Offering a glimpse into the lives of tens of thousands of women from all across the globe, it becomes a staple of advocacy for the right to bodily autonomy.

Image by: Gayatri Malhotra in Unsplash